The SJ Team are developing an improved method of driving our layout points. This uses a standard 9g servo with a 3D printed mount originally developed by Bob Gledhill. 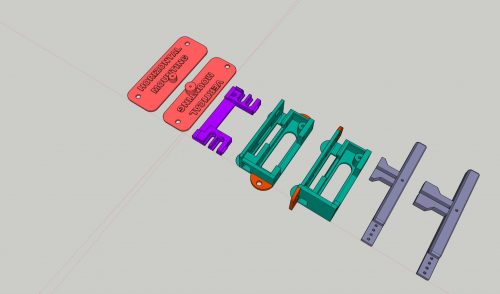 As supplied, this can be mounted horizontally or vertically, with two or four micro switches fitted. We use the horizontal mount with two micro switches as the total depth of 22mm is small enough to fit under our 25mm layout boards.

The slider arm has been modified by Neale Brodie: 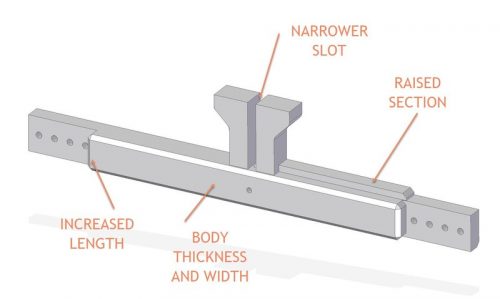 and has been modified yet again with a 3mm hole at each end of the arm.
We use this hole to fix the servo wire to the arm using a M3 x 6 screw, washer and nut: 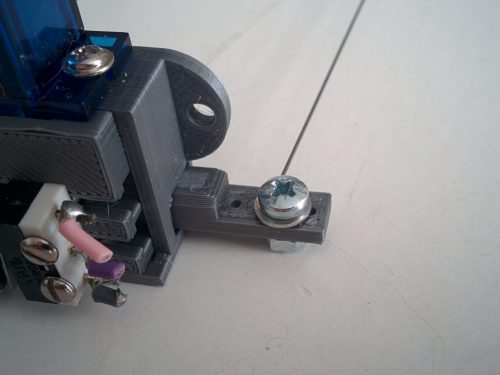 The complete assembly is mounted under the baseboard, with the wire going through the baseboard to a small hole in the point tie bar, much like a Tortoise or Conrad point motor. The screw also allows the wire to be centred on the point.

Two microswitches are be fitted; we use these used for ‘readback’, to confirm that the servo has moved. One could also be used to switch the power on the point frog. 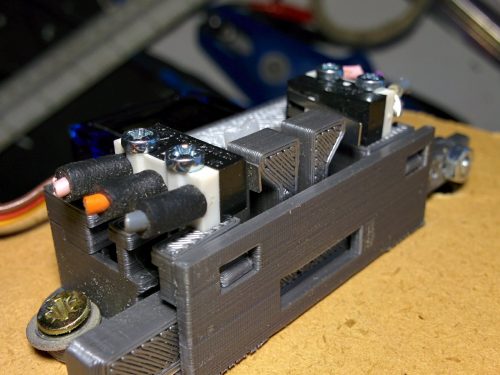 The servo can be controlled by any servo driver; we use the MERG CANSERVO board, which can drive up to eight servos from a CBUS system.

We had problems mounting some of these assemblies exactly where they were needed, so Neale designed an extension arm which bolts onto the existing arm: 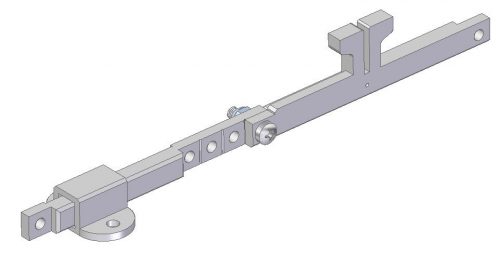 This picture also shows the new design of slider arm with the M3 hole at each end.

Yet another extension arm option has been designed as an alternative to the above extension:

This alternative extender is useful for situations where there isn’t enough room to position the servo mount to suit the holes in the standard extender:

The servo wire mounting hole can be drilled anywhere along the grooved line.